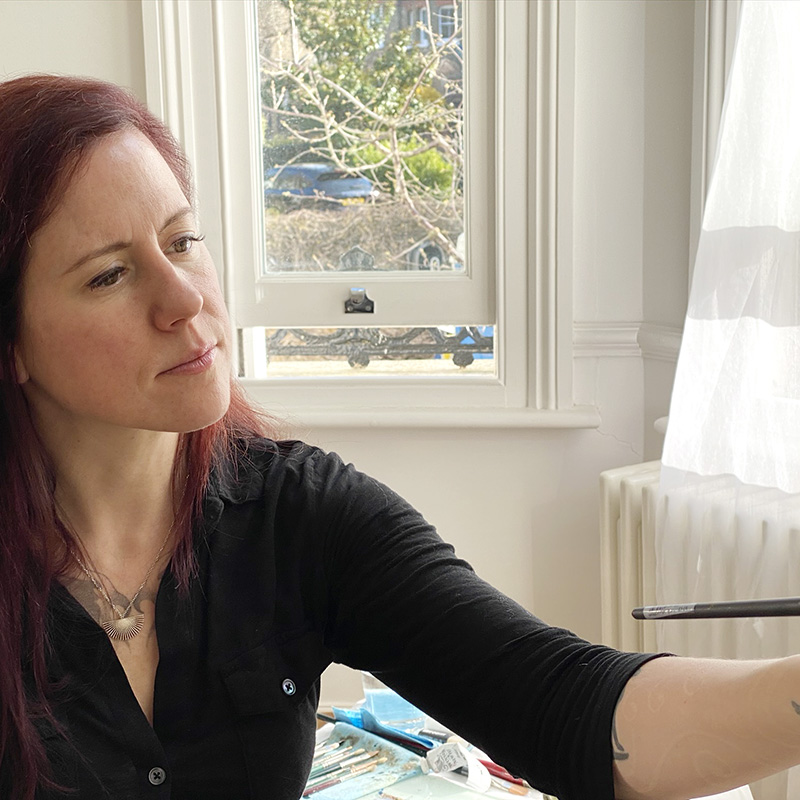 Heather has been exhibiting regularly since 2004 when she joined Abbozzo Gallery, and has had numerous solo and group exhibitions over the years. Her most recent solo exhibition was in Toronto, Ontario in September, 2020 titled “Love Story”.

Heather's work will be featured in the upcoming exhibition “Woman”, held at the James Baird Gallery in Pouch Cove, Newfoundland in October 2022.

Biographical information about and images of Heather Horton on this page are licensed under a Creative Commons Attribution-ShareAlike 4.0 International License.